Font Santa Hotel Thermal Spa*****Mallorca
5
The spring waters of Font Santa Hotel are legendary and what is more, they are the ONLY natural thermal waters in the Balearics! The thermal water emerges at a temperature of 38 ºC and is rich in minerals that stimulate a series of positive effects on the body like skin improvement, improved blood and lymphatic circulation, etc. It is a fountain of health, pleasure and wellbeing!

Come, relax and practise yoga in this exceptionally wonderful place, designed for people looking for comfort and tranquillity. The location of the 5* Font Santa Hotel, Thermal Spa & Wellness is set beautifully in the countryside and is only 4 kilometres from Mallorca´s most famous and stunning beach of Es Trenc!

A stay at Font Santa offers you a unique wellness experience; Luxury accommodation combined with exclusive Thermal water treatments and indivdual yoga sessions, all in a beautiful country side location in the heart of Mallorca! We can also offer you longer programs, for more information please contact us.

* Prices are 'as from' and per person. Prices may vary, for an exact price quotation, let us know your desired travel dates and we will send you a proposal! Offers have not been applied to published prices.

Font Santa Hotel is a beautiful 5 star adult-only hotel located near Campos in the Southern part of the island of Mallorca. It is so much more than just an exclusive location as here you will be able to enjoy the pleasures and healing powers of the ONLY natural thermal waters in the Balearic Islands!

Come and relax in this wonderful place, designed specifically for people looking for comfort and tranquillity. The location is set beautifully in the countryside and is only 4 kilometres from Mallorca´s most famous and most beautiful beach, Es Trenc, which is absolutely stunning!

The characteristic nineteenth century building offers 36 cosy yet spacious rooms, ranging from 30 m2 to 60 m2. All of the rooms are decorated in a contemporary style and the majority have private terraces with impressive views of the country side and the natural ponds of Salobrar, which is a protected natural reserve. The design of the rooms is a combination of traditional Mallorcan style with modern, light coloured decoration that encourage relaxation throughout the hotel. All rooms offer the latest technology and commodities to ensure guests experience maximum comfort.

The spring waters of Font Santa Hotel are absolutely legendary. One legend states that the astounding qualities of the spring waters were stumbled upon by accident: in ancient times an epidemic was wiping out the population of Mallorca with the exception of the wild animals that happen to be roaming the areas around the spring waters. People began to gather from all over the island to the springs because the healing powers of the water had become so apparent.

In 1845, the first building was inaugurated to house public thermal baths. Later in 1916, the ownership of the baths came into the hands of the Cosmet family and over the years they converted the house into a hotel with several refurbishments, the latest one being very recently in 2012. It was then turned into the luxury 5* adult-only establishment that combines the comfort of an exclusive hotel with traditional Mallorcan style.

The thermal water emerges from underground and is rich in minerals that stimulate a series of positive effects on the body (skin improvement, improved blood and lymphatic circulation, etc).

Font Santa Hotel is situated just 4 kilometres from Es Trenc, one of the most famous beaches in Mallorca due to its long stretches of golden sand and dazzling crystal clear waters. This beach is categorized as a natural reserve. The quality of the water, the tranquillity and the long stretches of sand make it one of the best options for a swim in the sea in Mallorca.

Read what our clients have to say...

Our break met all our expectations and more. The scenery was really so beautiful and quiet... The service was perfect ... very friendly staff.
Tanja, Netherlands - 07 October 2019
My stay at Font Santa was perfect and I'll be back!
Sabine, Germany - 25 March 2018
Read all reviews

Our break met all our expectations and more. The scenery was really so beautiful and quiet... The service was perfect ... very friendly staff.
Tanja, Netherlands - 07 October 2019
My stay at Font Santa was perfect and I'll be back!
Sabine, Germany - 25 March 2018
It was delightful! We enjoyed the peace&quiet and delicious luxury. What a relaxing stay! The hotel is located in a beautiful landscaped garden with pieces of art and waterfalls. Hidden in the gardens you will find lovely private sun beds surrounded by flowers and bushes. The pools are wonderful and all in a peaceful atmosphere. The hotel was very nice. Serene and well designed. Also the wellness was very good. We had some nice treatments and the warm thermal baths have completely cleansed us;) The Yoga classes were inside due to the mosquitoes outside. The space was a bit cramped. The yoga teacher was very good. Also we like the fact that the classes were private classes, so we got very clear instructions and explication. That helped to get the most out of this experience. Every morning we started wonderfully in balance. The dinners were served on a nice outdoor terrace with relaxing music and in beautiful surroundings. The food looked beautiful, little pieces of art, however the taste was not that special. It could have really been better in a 5 star hotel. Although it did not really disturb me. The breakfast buffet on the other hand was delicious. Es Trenc Beach was also close by and easy to reach by car. We walked a little further down the beach so we reached the quieter part. Very nice! Thanks for the wonderful booking. We definitely recommend it if you are looking for a relaxing and peaceful break.
Britta, Netherlands - 29 September 2017
It is really hard to find fault with this place, from a really friendly greeting on arrival to allowing us a late check out on the day of departure. Adults only so blissfully quiet.
Neil, United Kingdom - 13 April 2016
For us it was just the perfect holiday: Set in an attractive surrounding, beautifully and tastefully designed, plenty of space for all the guests, two very nice pools, relaxing treatments, a wonderful (and really quiet) room, excellent food, close to the sea and last but not least VERY friendly staff. We highly recommend this hotel/spa.
Peter, Switzerland - 01 November 2015

Other packages available at this hotel 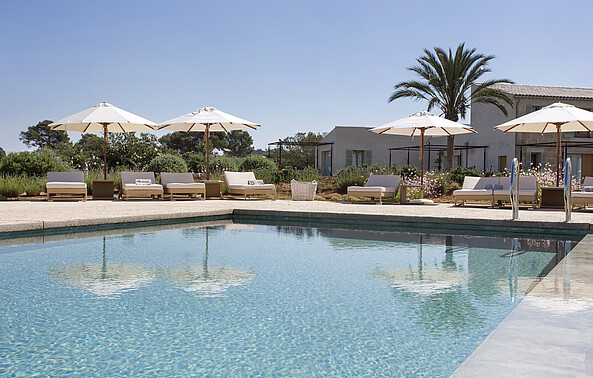 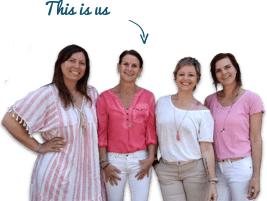 Can we help you?

Every month receive a “better me” mail, with tips from your SISters?